Which is more important: tactics or strategy? — column by Natalia Kalinkina, CEO of INDAX 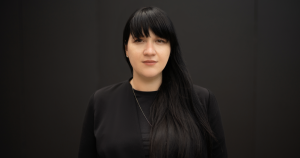 In the proposals of some entrepreneurs, the strategy is a complex abstract document of 50-100 pages with beautiful graphics and a large number of “buzzwords”. Tactics are synonymous with the word “action” — it is also more understandable for the entrepreneur, as every day the owner fights for his business and makes dozens of decisions.

In fact, both concepts are quite simple and change all our daily actions.
Imagine that you are far in the ocean and you need to land. Strategy is the analysis of situations, the definition of resources: what, in fact, in addition to the hands themselves, you have “on hand” (lifebuoy, boat, or shipwrecks) and, perhaps most importantly — to determine the direction where to sail. Tactics are just the ability to swim because your ideal plan will fail if you do not know how to do it.

The conclusion is that with the “ability to swim” you will sooner or later sail somewhere, not the fact that there, but the chances are high. And as if as a tactic to be at the stern of the ship, but not so simple — your strength may simply not be enough to sail for years.

“Ideally, any business should start with a strategy, but in spontaneous entrepreneurship more and more often start with tactics and sooner or later the entrepreneur must stop and think about strategy”

Let’s try to understand the concepts of strategy and tactics, their differences, and synergistic effect.

“It happens that entrepreneurs cannot combine the roles of strategist and tactics, there are constant disputes between them, which is more important. But the most important thing in such cases is not to become a dream strategist and aimless tactician.”

The faster your business develops, the more important it is to think strategically, the flow of tactical tasks will simply cover the head of the business owner, who will have nothing to rely on when making decisions, and will be more difficult to delegate tasks to subordinates.

Only the synergy of tactics and strategy will help the entrepreneur to balance and be successful. As Sun Tzu said: “Strategy without tactics is the slowest way to victory. Tactics without strategy are just a rush before imminent defeat.”