“We have more money than we know what to do with it,” — the business rules of Collison brothers, the founders of Stripe 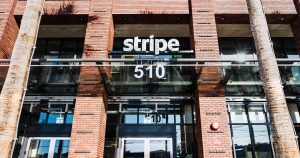 John and Patrick Collison are brothers from Ireland who built an empire worth $36 billion in seven code lines. Their project Stripe is a revolution in the electronic payments segment. After all, while large companies pursued contracts for a thousand hours each to program clumsy payment decisions for each customer, they created a sophisticated solution that developers could connect to their websites. The Collison brothers’ rules, which they used to build the empire, were practical and straightforward at the same time.

At first glance, the completely absurd and impossible solution to the problem of electronic payment worked well for two reasons: firstly, it gave an opportunity to the developers which Stripe picked from huge companies; secondly, making payments has become as ludicrous as simple.

“It’s still too difficult to accept payments,” sounded really right. According to Mike Moritz, one of the first Paypal investors, who agreed that setting up businesses’ payments was too complicated before Stripe. Another reason why technology has become so popular is its versatility. Seven lines of basic code worked equally well in any environment, allowing billions of new platform visitors to sign up in just one week.

In 2010, Stripe was essentially a community of developers. Their technology was much easier to implement, so it became an alternative to PayPal and Authorize. Naturally, developers around the world have become their fans.

10 years ago, creating a payment system for business was such an exhausting process. Most integrations at that time took weeks and months. It was an unjustifiably complex task, in which several departments took part — from legal to accounting. In most companies, financial integration was a vertical decision from managers who knew little about the integration process’s technical nightmare. They set vague goals and deadlines and shifted all responsibility to developers who had to outdo themselves to live up to expectations.

Stripe has changed everything by providing a fast and reliable way to set up payments for companies. Most of them would never believe that code lines could replace their integrations, which took 6 months to create.

Banks, credit cards, and regulators are many “law enforcement officers” in the payment industry. You need to get approval from everyone before the money appears in the bank account in a completely legal way. For many years, the rapid growth of e-commerce was ahead of basic technology — companies that wanted to create a store had to go to the bank, payment processor and “gateways” that handle the connections between them. It took weeks, required a lot of human resources and payment after payment.

The Collisons spent two years testing the platform and building relationships with credit card companies, banks and regulators. John and Patrick have spent countless hours presenting their product and gaining enough trust from financial companies to work with them. As a result, Stripe users now only need to download a few documents to create, receive, and make a full account.

The fact is that the Collison brothers are aggressively smart. Patrick left high school a year earlier to join MIT at the age of 16, and another year later raised money for his first startup. Soon he sold the startup Automatic for $ 5 million. Tim Ferriss, who interviewed Patrick, says the businessman is perhaps the most aggressive reader he has ever met — that says a lot for a reporter who has interviewed hundreds of heroes in various fields.

Derek Anderson, a founder of Startup Grind, has publicly called the Collisons geniuses. However, genius alone would not lead the brothers to where they are today. The Collisons were born in a small and far from the wealthiest town in Ireland — perhaps this contributed to their minimalist and overproductive approach to solving the problem, which brought great success.

“They don’t care how polluted Silicon Valley’s air and water supply is,” says Mike Moritz, a partner at Sequoia Capital and current board member of Stripe. And this is the reason for their success.