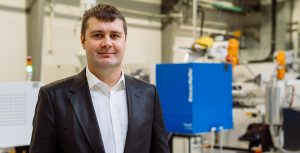 “Opportunities and risks of national production during and after the pandemic,” Oleksandr Kryzhanovski, General manager of PLANK Electrotechnic

The pandemic and quarantine of 2020 are not the first in the history of modern civilization — they were similar, for example, in 1918. Experience shows that both now and in 1918, the answer was self-isolation, masks, closed factories and plants, and, accordingly, the fall of the economy.

The Spanish epidemic of 1918 reduced industrial production by an average of 20% and heralded global changes in the supply chains of raw materials and supplies, as well as the movement of resource bases of real sector enterprises. After all, structurally the latter is a rather complex system, represented by many different manufacturing enterprises, commercial organizations and their relationships. Any significant changes in it have a significant impact on the economic situation in the country as a whole. It’s important to realize that the work of the real sector is important to ensure the well-being of the population and the stability of the country’s governance system.

Today we can state the fact: Ukraine is an open market but small economy. Open — because Ukrainian exports account for about 45% of the country’s GDP. Small — because Ukraine’s share in world GDP is about 0.2%.

Thus, the consequences of the global economic crisis caused by the coronavirus pandemic and subsequent quarantine will inevitably affect the Ukrainian reality.

In particular, we assume that:

This means that local producers should take matters into their own hands, as a new “window of opportunity” will open in the near future.

Industries such as food and medicine production, communication services, distribution and transmission of electricity (requirements for its quality and continuity) and, as a result, online commerce have already begun to grow. “Blue and Red Oceans” (terminology of the book on business strategy by Kim Chan and Rene Moborn, – ed.) has already begun to change its boundaries and provoke the expansion and opening of new opportunities. That is if you start production in a market segment where previously there were only imports or imports predominated, the chances of success are quite significant.

You need to understand that by localizing production, you are offering a local national product for an already established sales network within your country. And minimize the risks of members of the national distribution network.

And this is an opportunity to gain a foothold and grow in the local market, and then go with the national product to the regional market.

Of course, there are also risks for startups, which will need help from the state to survive. The national government must not allow the local producer to dissolve against the background of regional industry leaders such as Turkey, Poland or Romania. After all, these countries will soon come out of quarantine and begin an aggressive search for new markets for their products.

The best example of such assistance is the policy of US Treasury Secretary Alexander Hamilton, who has carried out a series of reforms to import industrial products within the British free trade area. Without these reforms, America would hardly be able to become an economic and then a political superpower. Hamilton proposed a series of measures for the industrial development of his country, which included protective tariffs, subsidies, a ban on exports of critical raw materials, liberalization and benefits for imports of industrial raw materials and components, patents for inventions, quality control in the national market and transport infrastructure development. What Hamilton created became the basis of American economic policy until the end of World War II.

I hope that Ukraine will finally understand that such a pragmatic program to support the industries that are being formed today within the new economic order can create the conditions for a rapid national industrial revival.