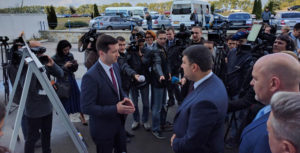 During the visit, Volodymyr Hroisman, Prime Minister of Ukraine visited the «Bila Tserkva» industrial park where the concept of the park was presented to him.