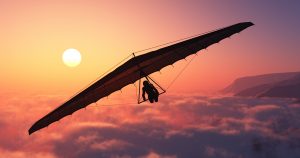 Extreme conditions create an environment in which the best and worst qualities have their brightest manifestation. It was the pandemic that became an extraordinary test lasting 366 days. Even large and robust companies found themselves in a critical state, and beginners were allowed to become market leaders. And if the corona crisis can be considered a “white sheet” for all players in the world economic arena, it can see the highest ups and downs of 2020.

Zoom has become a verb

Within weeks of the lockdown — the closure of offices, educational institutions and many businesses – the niche video conferencing startup Zoom suddenly became a new epicentre for the whole world. As of March 2020, about 200 million people use Zoom for online meetings every day, 90,000 schools in 20 countries use the distance learning program. The word “Zoom” has entered the vocabulary of many people as a regular verb. In early 2020, Zoom had such a forecast — annual sales should reach a billion dollars. But by September 2020, the company had increased that figure to at least $ 2.37 billion. Today, Zoom’s market capitalization has grown to a whopping $ 129 billion.

Having lost its main retail capacity in China during the corona crisis, Nike, on the other hand, increased its profits. The main lesson that a brand has learned is that a sound digital sales and marketing strategy is not a compliment but a mandatory part of the brand. Therefore, the company’s main actions under challenging times were the full transition, support, and digital presence development. Thus, the weekly activity of Nike fitness program users in China increased by 80% and the use of the Nike Training Club program in the USA increased by as much as 100%. The high jump in e-sales, the strengthening of digital products, the careful organization and the resumption of physical stores brought the company a quarterly profit of $ 10.2 billion more than planned and growth in digital sales by 82%.

After the release of ambiguous high-profile documentaries and scandalous reality shows, the streaming giant is waiting for both its incredible rise and a very rapid decline in the number of users. In April 2020, Netflix announced that the stakes still played out – the platform grew by almost 16 million subscribers in the first quarter of 2020. In the first nine months of the year, the number of customers grew twice as fast as 2019.

Boeing refused financial aid to earn money on its own

During the corona crisis, the largest aircraft manufacturer had a choice: to receive a $17 billion aid package from the US government or to rely on its own efforts to survive. The American corporation chooses the latter option and decides to do without federal aid. Instead, Boeing raises $ 25 billion by selling bonds en masse. Boeing’s independence is not without losses: the company has laid off 10% of its global workforce — about 14,000 workers.

Although Airbnb laid off 1,900 of its 7,500 employees even after raising $ 1 billion from private equity firms, its long-awaited IPO plans began to linger. Until the plot twist came – the growth of social distance. When the need arose to change circumstances after months at home, people suddenly started booking Airbnb accommodation. It helped revive plans for the IPO and the company’s desire to raise $ 3 billion by the end of the year.

Restaurant owners in the United States are outraged by the Yelp website, as the company raises funds on their behalf on the crowdfunding platform GoFundMe. Participation in the charity campaign cost $2,500 for each representative. It turns out that Yelp and GoFundMe have created profiles of establishments that closed physical outposts during the pandemic outbreak, intending to help customers’ businesses and donate $1 million, they had to pay a 15% tip to GofundMe for services. Eventually, Yelp stopped the campaign and is now trying to regain its lost reputation.

Kodak returned with a scandal with government loans

Back in July, the photo giant tried to turn into the production of drugs against COVID-19. The chance for a new life of the company brought a government contract for $ 765 million, respectively. But suspicious deadlines for opening loans and providing executives options just before announcing a White House contract lead to a formal investigation. Kodak CEO Jim Continenza said the company would move forward in the pharmaceutical industry, regardless of the government agreement. Today it is known that the news about Kodak increased sales of the company’s shares 15 times. Continenza himself bought shares in companies that later quickly brought him $2.8 million in revenue through a government’s pharmaceutical deal.

A large chain of restaurants fired employees by texting them

The rupture of relations in the text format is considered a sign of disrespect. Mostly when the employer does so. Lockdown, which hindered the service industry’s development and safe existence, forced the fast-food chain Dig Inn to write text messages to 40% of its corporate employees. The text stated that they were no longer employed. To ensure everyone read the SMS or email, the company called each former employee in 15 minutes.

Le Tote, an online clothing store, hit the headlines last year after buying the oldest department store chain in the United States, Lord & Taylor, for about $ 100 million. Unfortunately, the deal didn’t make the startup a retail icon because time had other plans. The pandemic conditions have limited physical outlets’ activities, so owning even a department store, which is a historical monument, is becoming a ballast rather than an advantage. The companies filed for bankruptcy in August, saying Le Tote and Lord & Taylor were splitting up.

The fired co-founder of the company sued the investor

WeWork, a company that provides flexible jobs, has not fulfilled its dream of going public. Subsequently, fired founder Adam Neumann sued the company’s largest investor and demanded $ 8 billion. At the same time, WeWork’s business suffered heavy losses from COVID-19, and the company began to position itself as an option for teleworkers who were tired of sitting at home.