“The next wave of innovation will come from Ukraine,” Dominique Piotet, CEO of UNIT.City and Sector X 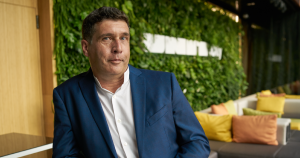 I moved to Ukraine two years ago to manage the country’s first innovation park. I feel here the same energy that I found in Silicon Valley when Google and Facebook were created. And I think that a big wave of innovations is approaching. In a column for Forbes, Dominique Piotet, CEO of UNIT.City Innovation Park and the Sector X Acceleration Hub shared why the power of technology is changing the real world, how Ukraine is transforming from outsourcing to a country of food companies and where the potential of the local ecosystem lies.

"Several local players are good examples of such change, and I think they will become more popular — because they can change the economic situation in the region and bridge the gap between developed and developing countries."

Read the full column by Dominique Piotet and more about Ukraine’s technological trends via the link.