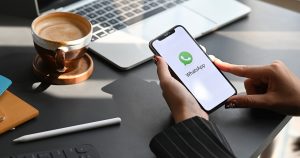 Jan Koum is a Ukrainian developer, immigrant, and traveller who, at his 33, managed to create WhatsApp worth nearly $20 billion, breaking the unspoken laws of Silicon Valley. What lessons the company owner learned and what the CEO of the app taught the startup industry are worthy of every company’s attention, regardless of location and size of capital.

Don’t “do some work”

If you don’t fit into the culture of Silicon Valley, you don’t have to try to play by its rules. At 16 y.o Koum moved to the United States from a small town in Soviet Ukraine, where there was even no water supply in his house. Over time, he spent three years at Yahoo!, where he still couldn’t adapt and remained a “newbie”. In nine years, he’ll become the founder of a large company entirely inspired by the idea of ​​communication without borders.

You can travel not only for impressions to a specific place, but, it turns out, for ideas for startups anywhere. It is how Jan Koum, a tourist and immigrant, who didn’t want to spend money on expensive international calls, invented the first messenger. Then, in 2009, no one thought about such a thing as free and instant messages at all.

The first version of WhatsApp, created by Koum, had no analogues, not only in the segment of mobile applications. No other computer program for calls and messages had such functionality. The developer could duplicate already existing functionality there with user statuses: “in place”, “busy”, “out”. Instead, he allowed people not only to share their status but to create a conversation. In the application, it was possible to indicate: “at the bar”, “training”, “working” — this already made it clear whether a person could answer a call. WhatsApp made it possible not only to check if there are others online but also to notify them about their activities. The status has become a “proto-message”, which humanity now uses many times more than calls.

Koum took into account the needs of American users and what models of phones they have in other countries, so as not to stop there. People from European and Asian countries travel more often than people from the US. At the same time, there weren’t many iOS users in these countries. Koum broke yet another Silicon Valley rule — it wasn’t popular to retreat from markets with iOS penetration. Of course, he won — WhatsApp 2.0 had approximately 350,000 daily users. Most of the new users were from India and Europe.

Focus on growth, not profit

While non-iPhone users in other countries were neglected in the mobile app industry, Jan Koum busted the myth that “good is the enemy of big”. Silicon Valley’s ironclad argument was that Android users, on average, spend less time and money, no longer weighed. The creator of WhatsApp didn’t care that the market the app was targeting wasn’t attractive for investors. It relied on user input, not business advice or methodology. It made it possible to increase the number of messages per day to 65 billion and “bury” the habit of using paid SMS.

The programming books that Jan Koum bought were returned to the store not to waste extra money. This modesty can be seen in WhatsApp as well. When the company was purchased for $19 billion, it had 55 employees. Throughout its existence, WhatsApp hasn’t spent a single penny on marketing.