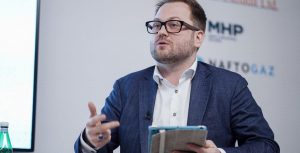 Nicholas Tymoshchuk, CEO of UFuture: “Don’t panic: there is no reason for a sharp collapse of the hryvnia, its necessary to act rationally”

Hryvnia exchange rates against the dollar and the euro are not only a matter of survival of people and companies, but also a tool for sustainability of the Ukrainian economy. And yet — a direct indicator of the level of panic, — said Nicholas Tymoschuk, CEO of UFuture. In the column for NV, the head of the holding company gives the key reasons for the fall of the national currency in the recent history and analyzes the possibility of the implementation of negative scenarios in the current crisis period:

You can read the column completely at the following link.