Local communities are increasingly initiating the creation of industrial parks 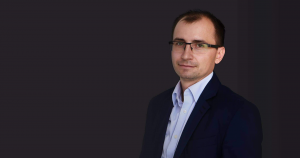 As of July 2021, 50 industrial parks have been entered into the state register. Significant activity is carried out in 14, of which only 7 have on their territory operating enterprises for the production or provision of logistics or transport services. In particular, three enterprises operate on the territory of Bila Tserkva Industrial Park — two production companies and one transport and logistics depot of the leader of the express delivery market of Ukraine. In the fall, a fourth enterprise will be put into operation – for storage and processing of grain with a capacity of 60 thousand tons.

It should be noted that in addition to industrial parks in Ukraine there are also about a dozen industrial sites where the relevant infrastructure is being built, enterprises are being involved in cooperation, and services identical to the industrial park are being provided without obtaining an entry in the register of industrial parks.

Without benefits from the state, such an arranged industrial site is interesting to the investor, first, the opportunity to save on utilities (electricity, water, gas, sewerage) — they are already brought to the site. The distribution of the cost of infrastructure between residents allows each of the resident companies to save a significant amount of money. In some cases, this amount may be $0.5-1 million. Second, the existing infrastructure and ready-made production facilities eliminate investment risks and significantly reduce the time for companies to prepare for business. In the case of renting or purchasing finished premises, companies do not spend time developing the concept, obtaining project approvals, and ultimately building and obtaining a permit to put the plant into operation. This saves 1 to 2 years. If you translate this time into the amount of net profit, then together with the reduction of infrastructure costs, the benefit of the enterprise can be several million dollars.

Local communities see industrial parks as an instrument of industrial policy and place high hopes on industrial sites to attract investment. Industrial parks can achieve this goal and make communities competitive, increase the purchasing power of the population, improve social mobility, raise the level of industrial culture, and then fill the local budget — according to estimates, the industrial park with 30 residents can generate up to $6 million in taxes annually. All this is possible if the executor has experience in implementing a complex development project, experience in building an industrial ecosystem, and, most importantly, an objective assessment of the possibilities of attracting manufacturing businesses, meeting their needs in resources – labor, raw materials, infrastructure. In some places, utilities do not have such experience, and the roadmap for the implementation of the industrial park project seems unconvincing.

The registration of private industrial parks is associated with the desire of landowners to capitalize on their assets. This is a justified strategy, given the possibility of adopting the bill №4416-1 and the rules that provide financial benefits into force. An industrial site with failed networks is more attractive for investment than an empty field, it is easier to implement.

Bill №4416-1 will reset the legal framework in which the industrial park exists and make the rules for all stakeholders clearer and clearer. This document provides the necessary financial incentives, and together with draft laws №5688 and №5689 creates no less necessary tax and fiscal preferences.

Taken together, these legislative initiatives will provide a proposal to locate production in Ukraine with competitive levers. By protecting its own market and shifting the focus to manufacturing products, Ukraine will have a chance to change its image as a supplier of cheap raw materials and join global value chains.

At the same time, it should be understood that the law, if adopted, will not bring immediate results. It is perspective-oriented. Benefits and incentives will appear only from the next budget year. This limits the opportunities for industrial parks to participate in the global redistribution of production capacity, the process of relocating enterprises for the production of electronics, batteries, semiconductors, chips closer to markets.

Moreover, benefits and incentives alone are not a panacea. If a manufacturing company does not have an effective business model, benefits and incentives within the industrial park can boost business, but will not keep the company afloat in the long run. I believe that the business of either an industrial park or a manufacturing company should be self-sufficient. Then the benefits will be an added bonus that will save on capital expenditures and accelerate business growth.

The realism of projects

The industrial park project is capital intensive and requires significant investment. The chances for success of the development project can be considered illusory if the process of creation, arrangement and operation of the industrial park is planned to be provided mainly or exclusively at the expense of state funds, local budget, technical assistance programs, ie without attracting investors. The initiator of the creation of an industrial park, relying on sources of funding that he does not control, risks turning an attractive project into a hopeless long-term construction.

It is expected that after the adoption of the bill №4416-1 the Ministry of Economics will monitor all industrial parks’ work. Industrial parks that have not submitted reports for the last six months will be removed from the register – these are two reporting periods or those where there is no economic activity for three consecutive years. According to such criteria, more than a third of the participants in the register may lose the status of an industrial park.