How to get involved in the Ukrainian economy, — Nicholas Tymoshchuk, CEO of UFuture 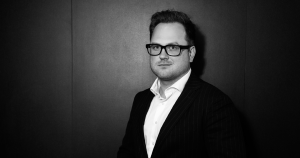 The portfolio of the holding company UFuture includes assets in various sectors worth about $ 500 million. This includes development, production, IT, and renewable energy, infrastructure, biotechnology, and more. Each of these industries has its own characteristics. Nicholas Tymoshchuk, CEO of UFuture and the general situation in the economy, shared his thoughts on the business breakfast “Economy of Ukraine in the second half of 2021”, organized by HD Partners.

UFuture is the majority shareholder of the development company UDP. Among the objects of the company: “Novopechersky Lipki”, “Park City”, “Boulevard of Fountains”, etc.

“The real estate market in Ukraine is growing, but there should be no big illusions about it. Housing in Ukraine, especially in Kyiv, is our version of the stock market. Ukrainians do not invest in securities (although they have such an opportunity), but buy apartments. The payback of such "investments" is very stretched over time and is leveled due to the constant reduction in the cost of funds," said Nicholas Tymoshchuk.

Real estate development is a cyclical industry: it grows with the economy and the inflow of money, and freezes during a recession. It cannot be an indicator of economic progress in Ukraine.

Much more interesting type of real estate and business — innovation parks. Thanks to real estate expertise, the company has created this completely new business segment. These are UNIT.City in Kyiv and Kharkiv, LvivTech.City in Lviv.

“IT and technology is the fastest growing and most competitive industry in Ukraine. But you can't keep young, promising, and smart people with bare patriotism. They must be in an environment where they want to live and work. It has to be cool, innovative, environmentally friendly, and beautiful,” added the CEO of UFuture.

UFuture is also the majority shareholder of Kyiv International Airport, the second-largest passenger airport in Ukraine (before the pandemic, the airport carried up to 3 million passengers a year).

Large-scale reconstruction of the resort is planned, an opportunity has been opened to create a real concession due to the adoption of the relevant bill. But there is a problem in finding sources of refinancing for this object.

“There is no case in history when the infrastructure was developed exclusively at the expense of private funds, without any state support. It's just unprofitable. Therefore, the speed of development of this sector will directly depend on the policy of the state,” Nicholas Tymoschuk added.

UFuture’s portfolio also includes Bila Tserkva Industrial Park. It houses both our own production facilities and the facilities of our residents who have bought or leased space. It is a platform on which it is easy to create industrial enterprises; there are premises, communications, and all the conditions to start production as soon as possible.

“We are fans of production and industry. We provide premises free of charge to some industrial startups, and if the company starts to grow, we invest in it and become shareholders. In particular, this is how we got the production of industrial forests and the production of vans, which, by the way, are valued even in the Italian market,” said Tymoshchuk.

There are many niches for industrial production, especially in construction, he said. There are simply no Ukrainian analogs to the simplest imported products. In particular, there were no analogs to imported sockets and switches before the launch of our Plank Electrotechnic. And, again, the state is not involved in the development of the industry.

"Let's say that the sharp decline in gas consumption in Ukraine in recent years is a consequence of the record decline of the economy in 2014. GDP fell by 16%. And the problem is not only in the loss of the Russian market: we had a total annual decline in the industry for 6-7 years. Our industry is dying,” added the CEO of UFuture.

The general director of the holding also noted that he was very concerned about the long period of foreign exchange earnings from exports of raw materials, including agricultural, and “gifts” from the IMF. Incentives are not introduced to create something inside the state, to invest in processing and other, more complex and less profitable projects.

"We can definitely safely increase the debt in relation to GDP, we need to flood the economy with money, as other countries do — and not in printed hryvnias, but in borrowed funds. And properly dispose of them. In particular, to create favorable conditions for business, to level the playing field at least at the level of the nearest neighbors,” Nicholas Tymoschuk concluded.

UFuture is also a strategic investor in the pharmaceutical company Biopharma, developing projects in the field of renewable energy, IT, acceleration of startups. More details about these and other UFuture projects in the speech via the link.