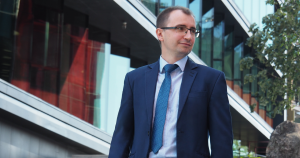 In 2017, Chinese investors who wanted to locate in Ukraine their production visited almost all local industrial parks. Unfortunately, most of them existed only on paper. They had territories, but there were no productions on it. “These are agricultural parks, not industrial ones – there are no factories there, and wheat is growing,” said Chinese officials. They are not used to seeing such a picture in industrial parks at home or in other countries, said Andriy Ropitsky, director of the Bila Tserkva Industrial Park developed by the UFuture holding company, during a speech at the Mintrans Forum.

“The investor should receive what he expects. If he comes to the industrial park, there must be engineering networks and ready-made industrial facilities that can be purchased or rented,” Ropitsky explained.

This approach to the development of industrial real estate is the most effective, and today in the Bila Tserkva Industrial Park:

Thus, in 2022, the industrial park will have 9 residents on 13 hectares of developed areas.

It was communication with Chinese investors in 2017 that stimulated the management of Bila Tserkva Industrial Park to move to a new model of work with potential residents: building premises and bringing communications in advance, offering the client a ready-made object.

“The industrial park has all the necessary conditions for the production or warehouse. There is a developed production, transport and engineering infrastructure. The key engineering capacities are available in the industrial park: there is electricity, water, sewage, gas. Inland and access roads have been built. Key production and storage buildings have been built, where there are ready premises for sale or rent. This makes it a lot easier to talk to clients. That is, from the moment of decision-making to the company arrival is not 2 years, but 4-6 months. This saves time and money. We had a case when the company started operating in the park three months after the date of the contract,” said the director of Bila Tserkva Industrial Park.

Bila Tserkva Industrial Park has more and more residents and jobs are created here, and the city receives taxes: on land, real estate, personal income tax, etc. The city allocates funds for landscaping near the industrial park, for the launching of public transport routes. The possibility of launching a program to train much needed staff for the residents on the industrial park with local technical schools is being considered. This flywheel is already spinning and benefits all the shareholders, explains Andriy Ropitsky.

“It is better to tell the client not about difficulties we have, but about opportunities we have. Then the partnership will be successful,” he concludes.

Of the more than 50 industrial parks registered in Ukraine, no more than ten are actually operating. Bila Tserkva Industrial Park is one of the most successful in Ukraine. At the same time, it is completely private, and therefore is arranged exclusively on a market basis.

The main obstacle to the launch of industrial parks in Ukraine, in addition to the lack of financial incentives from the government, is the lack of expertise and experience of management teams: to prepare the concept of the park, develop a business model, attract investors.

More about industrial parks in Ukraine, the latest news on their development, at the link.