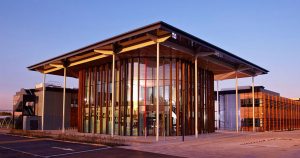 They say that an intelligent Englishman can easily be recognized by his graceful manners and a subtle sense of humour. In private conversations, connoisseurs of the “British soul” also often recall snobbery and a desire to flaunt their knowledge. How fair these judgments are — everyone decides independently. But what does not raise any doubts is the country’s desire to develop science persistently. Many technology parks are making the United Kingdom a part of global progress. Let’s take, for example, Bristol & Bath Science Park, one of the most inspiring locations in western England.

£ 300 million and 25 years were spent on constructing a science park, located northeast of Bristol and northwest of Bath. After the project is fully operational, about 6,000 people will become residents of the park. It will happen in 2033 when the construction of all buildings are fully completed.

"What has not yet been done always seems impossible ..."

The main idea of ​​the park is an inspiration. Without it, many innovations would never have been implemented. Therefore, the technological location is designed not just to inspire each other but also to translate ideas into reality. It is the interaction of science with business — when the right plan, the performance of which has been scientifically confirmed, begins to bring money and benefit to humanity.

Bristol & Bath wants people to be inspired by everything they see around the science park. The building itself certainly provokes this with vibrant open spaces designed for casual and creative encounters.

Quotes from some of the world’s most prominent scientists and thinkers, such as Ralph Waldo Emerson or Martin Fisher, have found their place on the toilet walls for a moment to think. The park describes this decorative function of the phrases of scientists on its official website.

The streets of the park are also named after renowned scientists, geniuses and innovators. The approach aims to inspire residents to do great things so that one of the alleys or crossroads has an employee or a colleague’s name.

Obviously, the universities of Bath, Bristol and the West of England are key stakeholders in the science park. Besides, higher education institutions actively support other tenants’ creative ideas, providing them with academic assistance in developing studies, conducting experiments, studying the scientific base and forming their evidence.

A company combines four areas — software, web development, design agency and digital marketing business. Newicon is passionate about creating a better future with technology. The company made a website for the Bristol & Bath Science Park using its own development system — Neon.

It is a leading British centre providing technical support to various companies in the innovation sector: from mechanical engineering to mobile applications and artificial intelligence. The company invests 11% of its own resources in R&D to meet its customers’ needs expediently. The approach explains the location of the company’s offices in three science parks worldwide: Italy, China and, in particular, Great Britain. The N-and Group is a confirmation of the business value of the active entrepreneurial environment and network opportunities that the park’s ecosystem has to offer.

Friska is the English equivalent of Gud Food delivery in the first Ukrainian innovation park UNIT.City. The business is developing progressively, opening a new restaurant every year. For 2020, the company’s network is 11 institutions.

By the way, the placement of growing and large companies in the park is based on two different approaches. For young businesses that are just starting their journey, the premises are equipped for flexible needs — more open space for easy access of employees to each other, fewer corridors and closed areas. Offices of companies close to corporations have more conservative planning.

It seems that the thirst for innovation and the modern culture of business development is pushing the British to pool resources and collaborate. What if they decided to hide the usual “networking” behind the beautiful word “inspiration”?