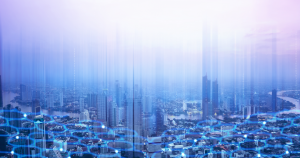 Generous government infusions, cheap loans, high stock prices — this is not the first year that the situation in the markets, especially in the West, allows companies to actively expand their businesses, replenish their portfolios with projects, and look for partners around the world. Investors are ready to open their wallets, even despite the pandemic and crisis. Venture capitals, which have traditionally been associated with the highest risks, are breaking all records this year.

“Crazy summer of deals” — that’s what the most authoritative financial publication Financial Times called the three summer months of 2021. In a fairly calm August, the total value of mergers and acquisitions worldwide reached $500 billion.

The summer boom brought the value of M&A to a record $4 trillion — much more than last year and the year before.

“Most companies make record profits. They have access to cheap loans and are experiencing a period of high stock prices. Under such conditions, a decline in M&A activity is not expected for at least the next 6-12 months,” said Frank Aquila, M&A leader at Sullivan & Cromwell.

Not only are the volumes of mergers and acquisitions growing, but their geography is also expanding. For example, American General Electric sold its air leasing division to Irish competitor AerCap for $30 billion. Canadian Pacific bought the American Kansas City Southern for $31 billion.

The surge in M&A activity affected most sectors:

As transactions increase, so do the profits of intermediaries: investment banks, insurance companies, law firms, and consulting firms. For example, a group of European consultants from Britain, France, and Germany, former employees of Deloitte, EY, KPMG, and PwC, decided to team up with their American counterparts to profit from the boom in transatlantic mergers and acquisitions. Together, they hope to compete with the Big Four, that is, Deloitte, EY, KPMG and PwC, where they worked until recently.

The pursuit of small assets is another trend in the investment market. The main “hunters” here are asset managers.

The last time small deals were so popular with asset managers was almost 15 years ago. Instead of big, risky purchases, companies are looking for “tactical victories”.

So, according to Refinitiv, in the first nine months of this year, asset management companies have concluded deals up to $1 billion more than ever since 2007.

"We expect the trend of tactical, less costly mergers and acquisitions in this sector to continue," said Michael Cypress, an analyst at Morgan Stanley.

The boom in technology is not decreasing either. This year, deals in the technology industry reached a record $832 billion.

Microsoft has acquired the developer of Nuance voice and text recognition solutions for $20 billion. Dell has decided to allocate a division specializing in the development of virtualization technologies and cloud infrastructure VMWare. Dell’s stake in VMWare is estimated at $52 billion. Singapore’s superpower Grab has announced that it will go public through a merger with Altimeter Growth Corp. The value of the combined company is estimated at $40 billion.

The end of the Chinese era?

Investors are also closely monitoring the situation in China.

The Chinese economy, which has traditionally been influenced by the ruling party, has become even less free this year. Investors are concerned about the Chinese government’s repression of private companies and entrepreneurs, as well as the return to “socialism with a Chinese face”:

“After decades of supporting private business, Xi Jinping has taken a turn. The party turned to the left, recalling its Marxist roots,” the Financial Times reported.

China’s sudden ban on tutoring has led to panic in stock markets: sales of Chinese assets have reached $1 trillion. The Chinese government hopes that by reducing the cost of education, citizens will start having more children. Which, in turn, will increase the birth rate and, consequently, the number of able-bodied people.

The level of investment activity between the United States and China has fallen to its lowest level since 2014.

We have already written that investment in green technology is higher today than ever before in history. And this trend is not declining. In fact, climate summits and environmental degradation in different parts of the world are only exacerbating the trend. Thus, the European Union hopes to completely eliminate CO2 emissions on its territory by 2050.

The reverse side of the coin is also interesting. While companies around the world sold their shares in oil and gas assets due to environmental beliefs, they were bought by hedge funds. Today, against the background of a sharp rise in the cost of energy, hedge funds are beginning to receive extra profits.