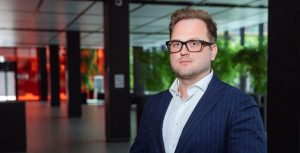 The level of labour productivity distinguishes rich countries from poor ones. Nicholas Tymoshchuk, CEO of UFuture, is convinced that it provides a high quality of life, which is expressed not only in wealth but also in a larger amount of free time of a particular person.

The top manager notes that productivity is shaped by five factors (natural and labour resources, human and financial capital and technology). In this field, today Ukraine is lagging behind — $ 5per man-hour, compared to the level of the five world leaders — from $68 to $103, as well as neighbouring Slovakia — $44, Hungary— $38, or Bulgaria — $26.

In his column for NV, Nicholas Tymoshchuk analyzes the current situation and shows how it can be changed for the better:

Read more about increasing labour productivity and important resources for Ukraine’s future in Nicholas Tymoshchuk’s column at the link.