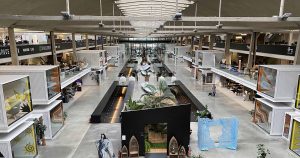 For more than three years, France’s capital has been the most attractive city for the development of young tech companies. Not surprisingly, the emphasis is on innovation in the fields of health, beauty and art. Among the innovators in the industries above, almost everyone wants to attract investment from the French multinational LVMH and start a partnership with Microsoft or Facebook. This taste of success is felt by every tenth startup that gets the opportunity to join one of 32 programs of the world’s largest accelerator Station F.

The historical heritage of the accelerator

The Station F startup incubator bears this name because of the historical context of its location. In 2017, the largest accelerator in the world was built on the territory of the architectural monument of the 1920s — the former freight station. The project owner is billionaire Xavier Nieli, the famous founder and majority shareholder of the French telecommunications group Iliad. Interestingly, the entrepreneur’s fortune includes Le Monde and part of the copyrights on Frank Sinatra’s song “My Way”.

Nieli’s meeting with Roxanne Varza, a young Californian who ran Bizspark, a Microsoft startup in France, was the birthday of an ambitious project idea — a business incubator for 1,000 startups. In the 2010s, most of these companies in France were housed in old buildings in the fashion quarter of Paris, historic homes of designers such as Christian Dior and Coco Chanel. Some of them even had a name similar to a fashion house — for example, the bitcoin center La Maison du Bitcoin. This organization and the business accelerator Numa rented premises in buildings that once left clothing boutiques because they couldn’t cope with China’s competitors.

Startup founders had to wait several years to get an invitation to a specially designed campus with a lower rental price but more space. Such a large number of then-innovative products and services moved their offices to Station F.

Before starting the creation of the “station,” Roxanne Warza toured a wide variety of business incubators of the time: Box, LinkedIn and Twitter in San Francisco, the White Bear Yard and Second Home startup hubs in London, and The Factory business centre in Berlin. Back then, no one could have foreseen that certain political events would affect the fact that most new tech companies no longer want to have offices in London or the United States.

All of Varza’s observations were in a research format for future architects of the world’s largest incubator. It remained to find space, and when Xavier Nieli saw the old cargo station, he immediately decided to buy it. Now the “station” considers the main preferences of startups, which are modularity and various space functionalities. While large companies most often rent their own office with meeting rooms for business negotiations, young startups prefer coworking spaces and more relaxed rooms for brainstorming. The Station F space considers all possible conditions that require specific types of work: from quiet rooms to open areas with bright interiors for lively communication.

The facade and the construction have left their original appearance because historical monuments are treated with particular respect in France. Still, the architects tried to make the building as modern as possible using interior solutions. In the process of designing the meeting rooms, containers for sea transportation were used. And the restaurant has two carriages to highlight the past life of this space. Station F has 34,000 m² of space, which is divided into three zones: for events, for startups and a huge food court with 1,000 seats.

Any startup that managed to get into Station F allocates the incubator’s leading resource — the ability to communicate with the same companies to solve a problem quickly, find answers to questions, exchange experience and contacts. The so-called community provokes the wild success of accelerator companies. More than 200 young startups Station F have already managed to raise a total of €250 million in funding.

The accelerator investor community — 30 funds. They include investment beasts such as Future Shape and Index and Accel Partners. €5,000 per year is the price that every investor pays to give even more money to one of the startups.

Founder Xavier Nieli himself doesn’t support entrepreneurs who seek to promote startups to the highest capitalization level of $ 1 billion because he is convinced that successful companies are worth a maximum of $ 500 million and can bring profit in the long term, and not be “unicorns” worth $ 5 billion, which will disappear in 5 years.

The leitmotif of the biggest accelerator Station F is 90% the problem of entrepreneurs can be solved by other entrepreneurs. It is in constant communication and quick access to services, such as a 3D printing laboratory or legal support staff, that accelerates the search for investments, which contributes to the crazy acceleration of small and medium-sized businesses.

The “station” experience is inspiring, and many analogues have already appeared in the world — for example, the Sector X acceleration hub in the first Ukrainian innovation park UNIT.City. In turn, it prompts the conclusion: the world is driven not so much by competition as by cooperation.