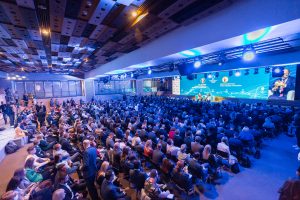 On October 7-8, the capital of Ukraine hosted the large-scale VII Kyiv International Economic Forum (KIEF), the strategic partner of which is traditionally the holding company UFuture. The main economic event of the year brought together government officials, thinkers, scientists, and entrepreneurs from all over the world — from Ukraine and France to Qatar and Hong Kong.

For two days, top domestic and international speakers, including Prime Minister Denis Shmygal, President of the World Institute of the Future Chandran Nair, Founder of UFuture Vasyl Khmelnytsky, CEO of BlaBlaCar Nicolas Brusson, and many others, discussed the future of leadership, transformations of the pandemic period, tectonic changes in the economies and policies of the world.

Chandran Nair, one of the leading thinkers of our time, an entrepreneur and president of the World Institute of the Future, noted that the world is moving towards a post-Western order. The dramatic changes that are so often talked about in Ukraine and around the world will look different in different parts of the globe. 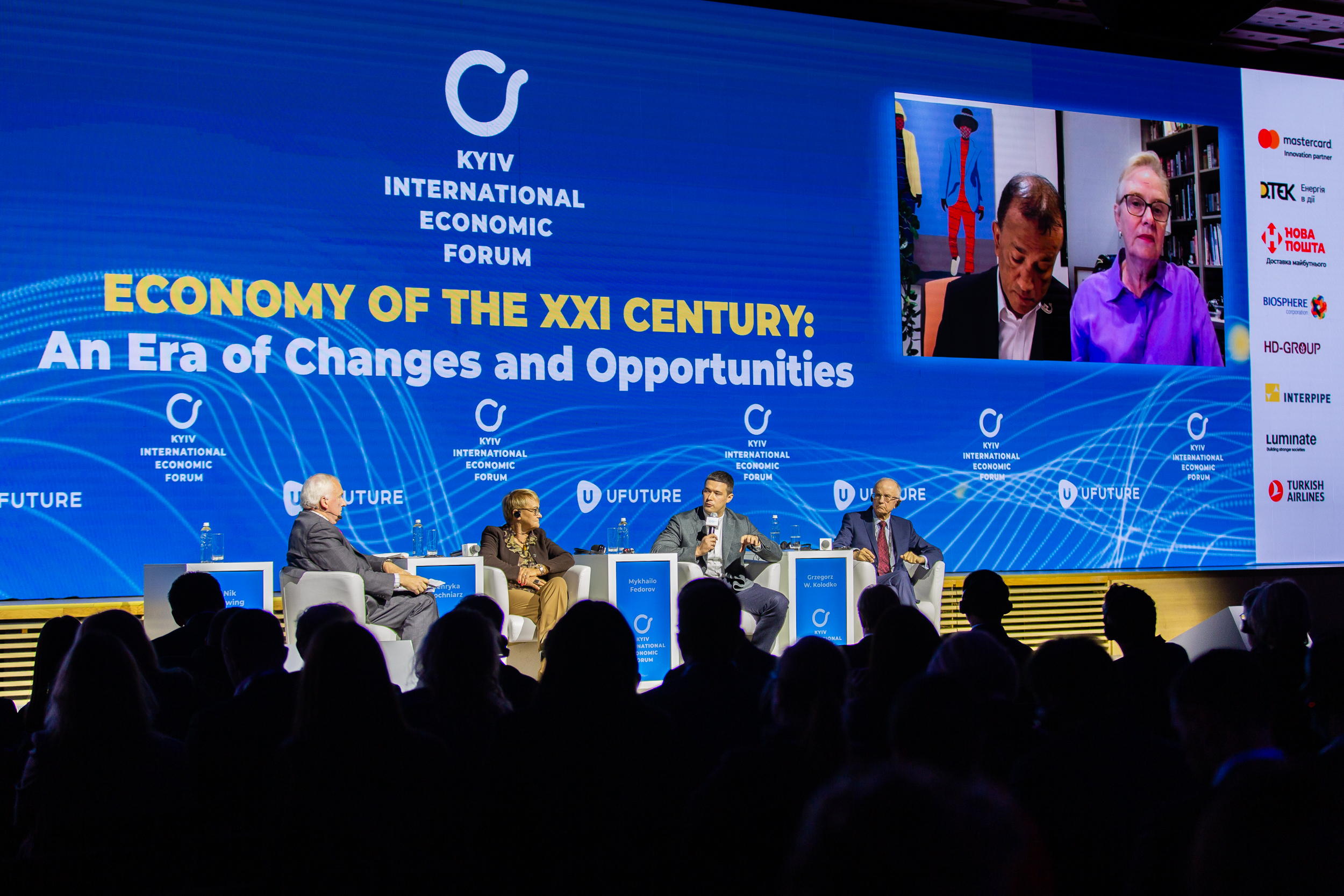 "It is unlikely that the world will be able to fully neutralize CO2 emissions, which is so often talked about in Europe. Nor should we think that the world will become exclusively digital: people do not live in digital platforms, they live, first of all, in the biological dimension,” the thinker emphasized.

In Asia, he added, 6 billion people live. This is the most populous region in the world. Can all Asians, without exception, live the same way as, say, Americans? Of course not. If in the West today it is mostly about how to maintain the standard of living they already have, then in Asia, probably in the near future it will be about how to ensure a decent life by their standards. And sometimes it means giving people access to electricity to begin with.

Nicholas Tymoshchuk, CEO of UFuture, speaking at the panel “The Role of Emerging Markets in Global Economic Recovery,” noted that the Covid-19 pandemic has deepened the gap between affluent and non-affluent worlds: 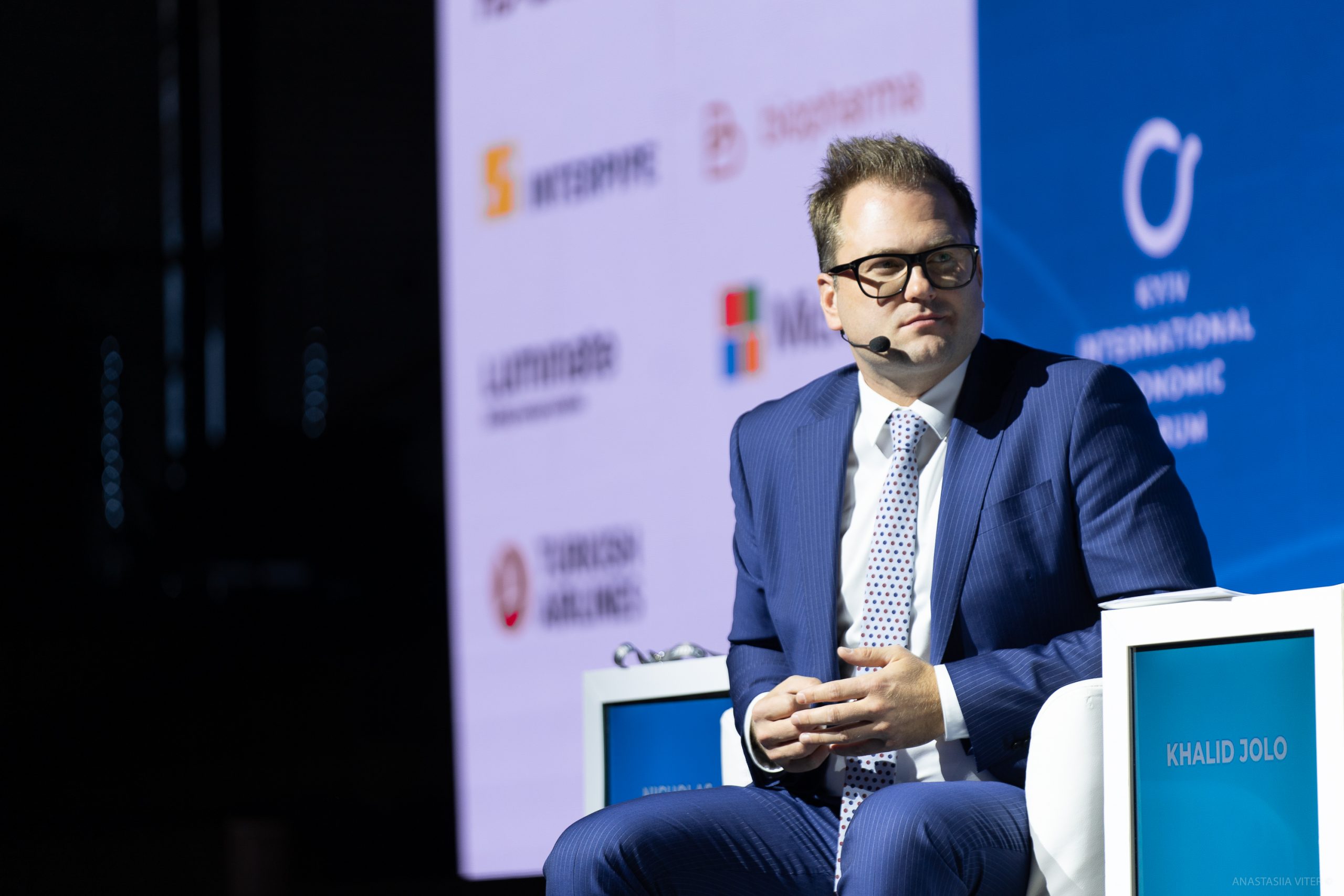 Speaking to Nick Gowing, founder, and director of Thinking the Unthinkable, Prime Minister Denis Shmygal said that Ukraine, despite the complex challenges of today, is moving rapidly towards reform and economic recovery.

"Proof of the stability of the Ukrainian economy, for example, is that against the background of the pandemic, we fell by only 4%, not 12%, as predicted by the IMF," said the Prime Minister. 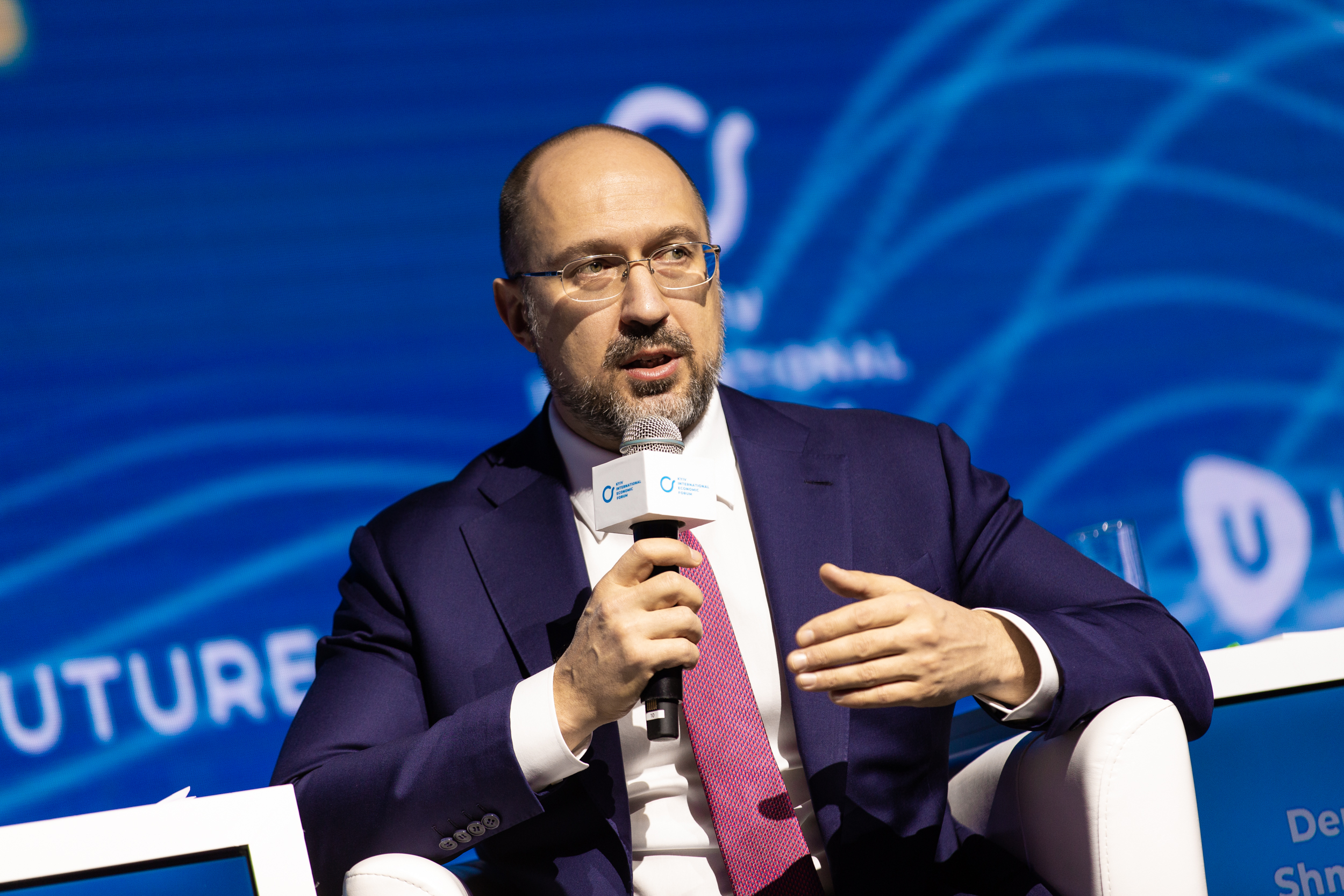 Nick Gowing, however, stressed that one in ten Ukrainians is still below the poverty line, and the world’s financial institutions are emphasizing a slowdown in reforms.

At the same time, Ukraine is proud of its achievements in the field of digitalization. Thus, according to Minister Mykhailo Fedorov, Ukraine is a world leader in the digital transformation of the public sector.

“We were the first in the world to do a lot: we introduced electronic passports, electronic business registration. In one and a half years of the pandemic, we will get +1.5 million users of e-government and the Diia ecosystem,” he said. 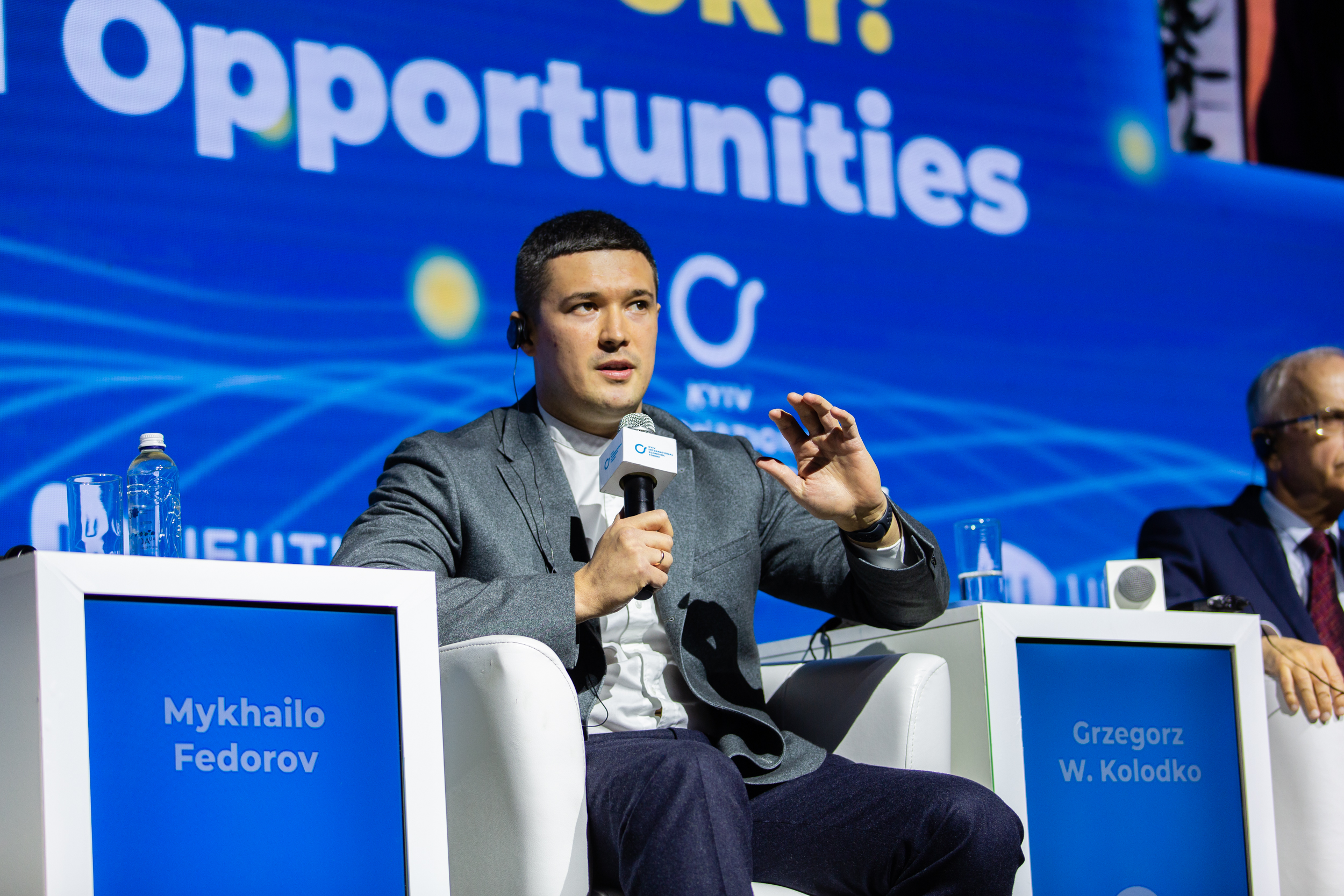 In the era of the pandemic, Fedorov continued, those businesses that turned out to be more convenient won. Technology companies won. So states need to become technology companies, to become more convenient. Decisions must be made quickly and bureaucracy must be kept to a minimum. There must be total deregulation and the least possible state intervention in the economy.

The past is not the best support for the present, said Robert Gast, editor of The Economist’s international department.

"The speed with which everything is happening today is unprecedented. If we recall the Middle Ages, the plague took over Europe for years. Moved very slowly. Today, a coronavirus pandemic has swept the world in a matter of weeks. A vaccine against it was also developed and implemented at an unprecedented rate. It took hundreds of years in the Middle Ages to understand what causes plague in principle,” he added. 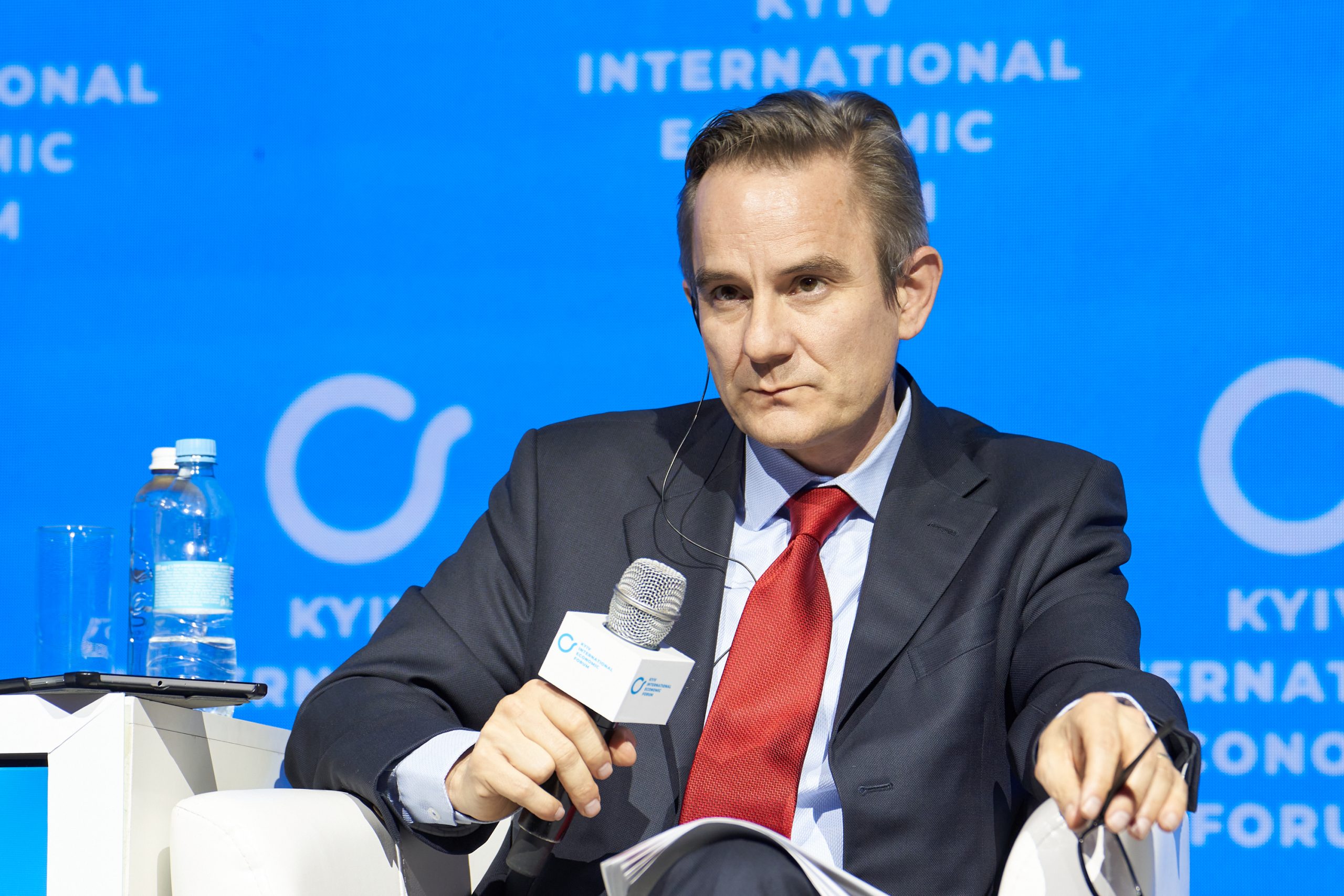 Partner and CFO of UNIT.City Kirill Bondar cited several impressive facts that best illustrate the current situation in the world: 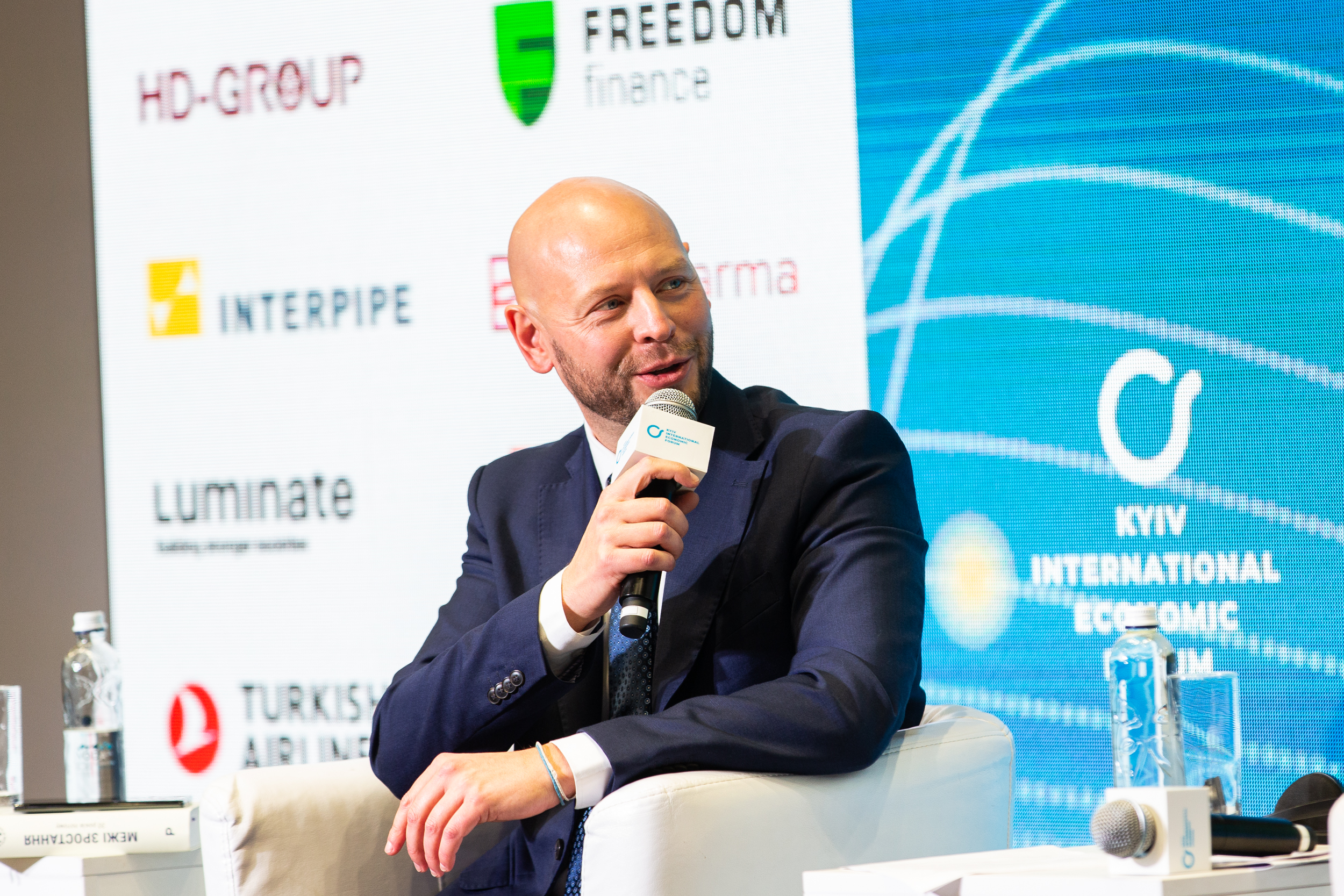 Grzegorz Kolodko, professor of economics and director of the Center for Economic Research for Transformation, Integration and Globalization at Kozminski University, noted that measuring people’s well-being by GDP is outdated:

"We need to stop thinking about GDP growth. It doesn't give anything." 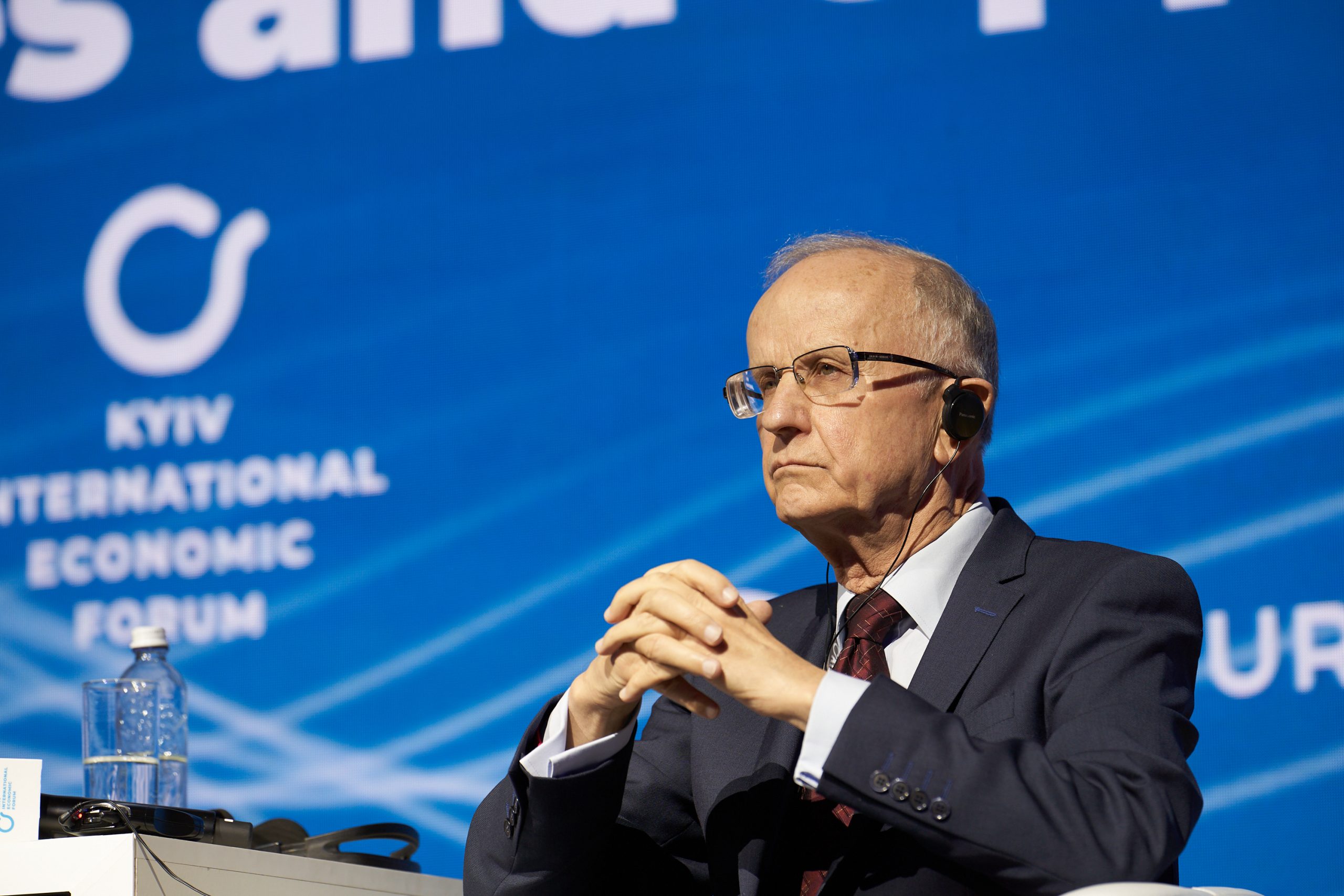 Instead, indicators such as the level of social protection, access to goods, the environment, etc. come to the fore.

The matrix RNA vaccine technology used by Pfizer and Moderna to counteract Covid-19 has been known to the world for about 30 years, said Konstantin Yefimenko, president of Biopharma. But it was hardly used. However, the pandemic has forced global regulators to give in and allow new vaccines on the market in the short term.

"The pandemic is accelerating the process of inventing new technologies. But countries like Ukraine need to take care of themselves. Why? Because the goods in the world are distributed evenly unevenly. Yes, Ukraine was the last to receive vaccines. We were told: why should you build factories, create your own vaccines — we will provide you with everything. And in practice, it turned out that we received them last,” Yefimenko stressed.

According to him, the coronavirus in Ukraine, according to forecasts, could kill about 70 thousand people. At the same time, Covid-19 has already surpassed the second most dangerous disease in Ukraine in terms of mortality — cancer.

Not only is the economic and political order of the world-changing, it is also changing the way business is conducted and what a modern businessman looks like. According to Mikhail Friedman, founder of LetterOne and shareholder in the Alfa Group consortium, instead of the culture of managers in the world, the culture of entrepreneurs is coming. An entrepreneur is a risk-taker, and a manager is a risk-averse. More: “If you turn off the news, or stop watching it altogether, you will quickly realize that Ukraine is a very cool country. There are opportunities that do not exist in the world. In Europe, you can work as drivers or cleaners, and in Ukraine, you can build a business. Don't watch bad news, don't count on others, and create your own businesses,” advised founder of UFuture Vasyl Khmelnytsky. 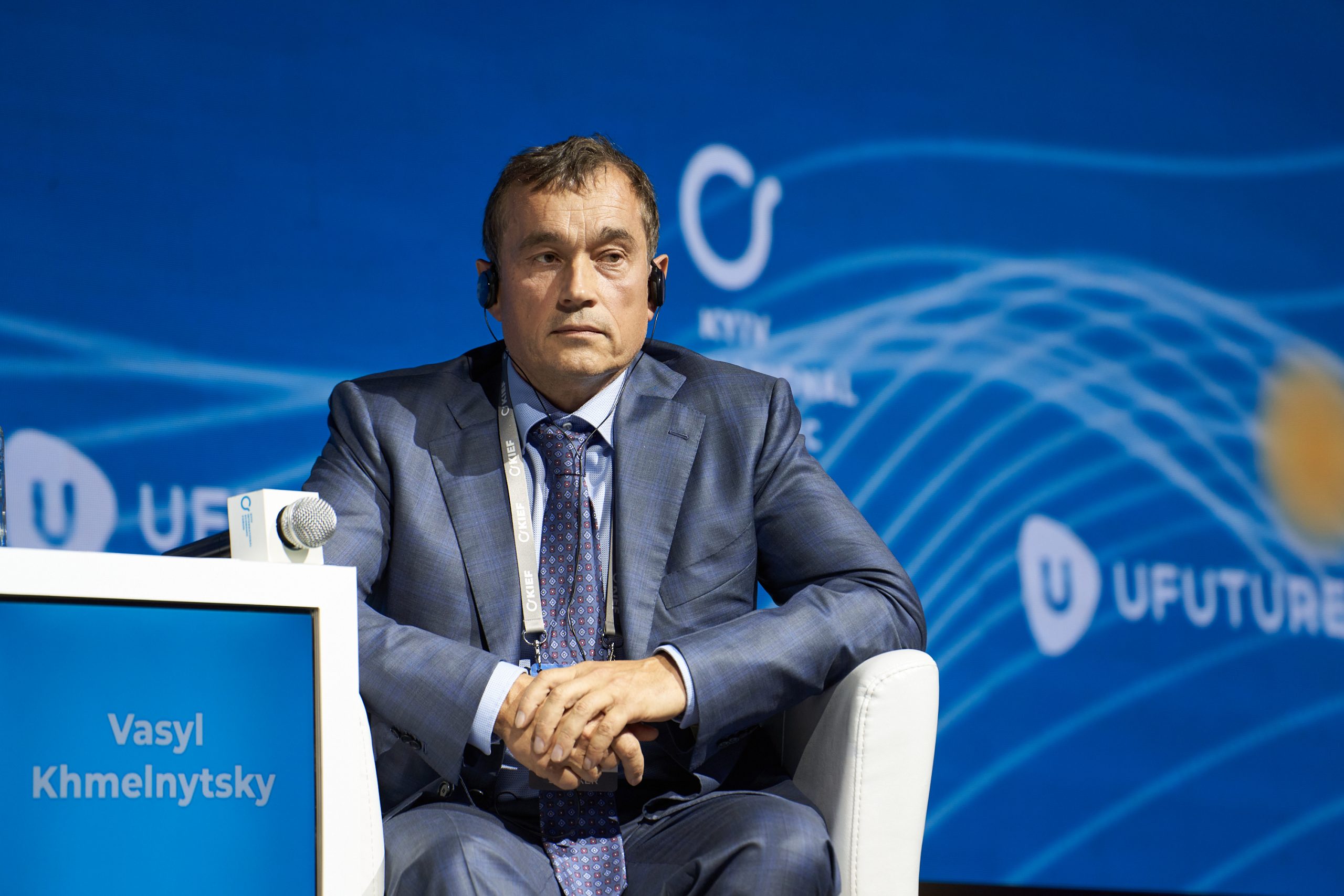 The man of the future is a lonely man who will sit at his phone or computer until midnight, he added. Digital dependence will severely limit people’s development. So those who work offline, build their business, will have a dramatic advantage over others.

“At one point, our revenues in Ukraine were zero, although we had 8 million subscribers and millions of trips. Only over time have we learned to monetize it. So you should not rush to assess the value of your company and start extracting dividends from it. You need to create a unique service, develop it, build a community and do your favorite thing,” advised CEO of BlaBlaCar Nicolas Brusson. “In our country, only 1.5% of entrepreneurs. And in the world, they are from 4% to 5%. There are almost no schools of business, entrepreneurship, and people mostly start their business intuitively, without knowledge. I believe that entrepreneurship needs to be learned from school. Even if the child eventually becomes a doctor or teacher, and will be able to calculate costs, take loans — the effect will be great," summed up Vasyl Khmelnytsky.