A historic chance. What position in the world can Ukrainian IT take, — Сonstantine Yevtushenko, managing partner of UNIT.City 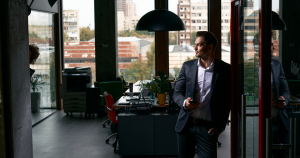 According to some estimates, the number of IT specialists in Ukraine has reached 200 thousand people. For example, 65% of all IT outsourcing for Israel is produced by Ukraine, said in an interview with Ukrinform Constantine Yevtushenko, managing partner of the innovation park UNIT.City, which is developed by the holding company UFuture.

“Even without much government support, the IT market in Ukraine doubles every three years in monetary terms. And there is an explanation for this: the shortage of professionals leads to an increase in their pay. If earlier programmers could receive $500, which at that time was 4 times more than the average salary in the country, now the gap is widening - the best specialists can receive up to $10 thousand," added Constantine Yevtushenko.

It is clear that such a rapid salary trend will end sooner or later, but now it is a historic chance for Ukraine to take a strong personnel position in the information technology market.

The example of Israel

I really like the example of Israel, how they were able to become a startup nation. In 2019, they received about $17 billion from sales of startups. And it all started in the 1990s when the country introduced a rather aggressive policy of immigration of talents from around the world, including post-Soviet countries.

Economically creative industries are very profitable, but at the same time very dynamic, so the state needs to build a particularly friendly relationship with them. They do not tolerate being deceived by the state and are quite demanding of working conditions. What the state can do to prevent the outflow of the creative class is to inspire and create an innovative infrastructure.

Read more about Ukraine’s IT infrastructure and its prospects via the link.