“Without responsibility, it is impossible to restore economic progress and get out of the coronary crisis,” Nicholas Tymoshchuk 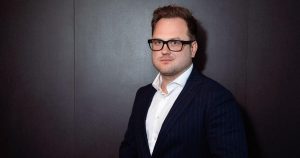 Mutual trust in developed countries has been able to prevent what could become the longest-running economic crisis since the Great Depression. According to the latest IMF report, developed economies will lose less than 1% of growth compared to forecasts before the coronavirus epidemic, while developing economies will fall by an average of 4% compared to pre-crisis forecasts.

In his column for NV, Nicholas Tymoshchuk, CEO of UFuture, explains why some countries will catch up with the expected level of economic growth by 2024, while others will significantly slow down the pace of economic development.

Read more about why trust is the good and value of more and more countries via the link.