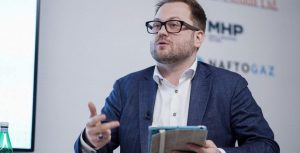 “What else needs to happen to society for wisdom to come to it?” Nicholas Tymoschuk, CEO of UFuture

The news feed instils in the average citizen a sense of anxiety and uncertainty. It seems that the world is full of catastrophes that humanity encounters systematically and irreversibly. But all this, according to the CEO of the holding company UFuture Nicholas Tymoschuk, is a consequence of a global problem — the lack of awareness that we ourselves are destroying the planet on which we live. And we continue to do so, even dying of the virus or losing jobs en masse.

The top manager is convinced that only a global vision allows to understand the situation objectively and make responsible management decisions. Among the causes of today’s crisis, Nicholas Tymoschuk singles out several major persistent dangers.

Read more about why the philosophy of sustainable development can literally save the planet and how to minimize the risks of future global crises now in the column for NV by CEO of the holding company UFuture Nicholas Tymoschuk.