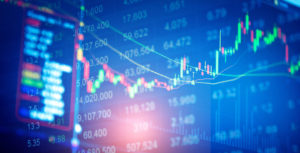 According to the study, after leaving the negative area in 2017 the index is situated in the neutral area.

According to the study, the index in Ukraine is measured since 2008 and has never reached the positive zone higher than 4 points. The highest Index rate ever was witnessed late 2010 – early 2011: 3.4 and 3.39 points respectively. The latest result is the highest since that period.

According to the materials, 29% of polled CEOs are alarmed with corruptive practices, 28% with economic factors (instability of the national currency, devaluation and inflation), 24% with a slow pace of reforms and 13% with political factors.

Some positive changes in the eyes of business were liberalization of currency control, bill stopping masked raids of companies, open data from state registers, gradual deregulation, development of online services, healthcare reform and weakening of tax pressure, according to the EBA poll.