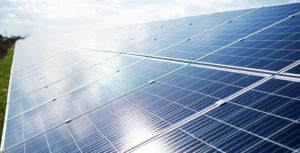 As part of a program for the development of alternative energy, UDP Renewables (UDP Group) has already invested nearly $10 million in the launch of a solar power plant in Kyiv region and in measures to prepare similar projects in Odesa, Mykolaiv and Kherson regions. The total amount of investment planned until 2022 is $300 million, including funds to be raised from international financial institutions and foreign partners.

“We see renewable energy as strategic for the UDP Group and for the entire country. Until 2022, UDP Renewables plans to put into operation solar and wind power facilities with a total capacity of 300 MW and attract cooperation with leading global companies” Vasyl Khmelnytsky, a majority shareholder in UDP

“Green energy technologies are becoming more efficient and their cost is declining, and they will be eventually replacing traditional energy technologies. I think in the next 15 years, the technologies will have every chance of switching places: alternative energy sources will become the mainstream, while traditional thermal generation will be used as alternative” UDP Renewables Managing Partner Serhiy Yevtushenko said in a comment

In July 2017, the first phase of Dymerska Solar Power Plant 1 with a capacity of 6 MW was connected to the Ukrainian power grids. In 2018, after the commissioning of three more phases, UDP Renewables will bring the plant’s capacity to 50 MW, which will be about 5% of the capacity of a standard nuclear power plant unit. The first phase has been built from 22,200 solar PV modules.

In October-December, the company plans to launch the construction of two new solar power plants: a 17.5 MW facility in Kherson region and a 10 MW facility in Odesa. The total capacity of the facilities to be commissioned by UDP Renewables in the southern regions is 120 MW.

UDP is one of the leading developer groups in Ukraine. Its most known long-term investment projects include the development of Kyiv International Airport (Zhuliany), the construction of the Kyiv-based shopping mall OCEAN PLAZA and residential complexes Novopecherski Lypki, Boulevard of Fountains, RiverStone, and Parkove Misto. UDP Renewables is the UDP Group’s alternative energy asset.