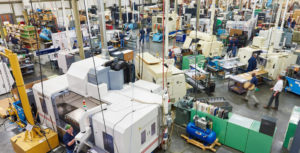 Not just Toyota uses lean instruments in its manufacturing, but other global companies use this philosophy for many years now too. Here’s the top-10 world lean manufacturing companies:

The super-cool clothing company worked with NGOs and fellow manufacturers on sustainability projects. They worked with the Fair Labor Association to create performance indicators and sustainable sourcing and launched the Sustainable Apparel Coalition with the US Environmental Protection Agency and other manufacturers, and in the process saved money on energy and waste materials.

The Makers of Kleenex recently outsourced logistics at its Barton Mill UK plant to leading Lean thinkers, Unipart. Before this, staff at the plant resented the long shifts and overtime and absenteeism was at 10 percent. Unipart got Kimberley-Clark to spend on enhanced staff engagement and development, meaning they saved on staff absenteeism and through an improvement in efficiency brought about by better staff morale.

The US machinery manufacturers Caterpillar Production System is modelled after elements of the Toyota Production System. A key thing the company recognised is that pace is a critical aspect of Lean integration, if projects take too long to complete, they will fail. Projects must be quickly implemented, and far reaching, to be successful.

Intel is the world’s largest computer chip maker. Joe Foley, factory manager at Intel Fab Operations in Leixlip, Ireland, said: “Five years ago, it took us 14 weeks to introduce a new chip to our factory; now it takes 10 days. We were the first Intel factory to achieve these times using Lean principles.”

Engineering manufacturer Illinois Works employs 65,000 people in its hundreds of businesses, but smaller is better when it some to implementing Lean principle. The company’s policy of extreme decentralisation, splitting into 365 units in 34 countries – leaving just 100 employees at headquarters, means its local units react far faster and more efficiently to customer needs.

The American industrial conglomerate that includes Bell Helicopter, Cessna Aircraftand Textron Systems have their own ‘Textron’s Lean Six Sigma Standards’, a comprehensive, common set of tools and techniques applied to all functional areas to eliminate waste, reduce variation, and fuel growth and innovation.

The world’s largest manufacturer of agricultural machinery in 2003 spent $100 million on transforming its Iowa, US, operation from mass production to lean manufacturing. Project Manager Kallin Kurtz said: “This project transformed our manufacturing engineering mindset. We have put a great deal of effort into identifying non-value-added activities and eliminating them where possible.”

Founder Henry Ford challenged ideas on waste in the 1910s. In his book My Life and Work, he wrote of a farmer carrying water up a ladder rather than fitting water pipes as “waste motion”, and showed that spending on improvements was not waste expense, but an increase in efficiency and a reduction in waste.

The Toyota philosophy – and it truly is a philosophy – has helped make Toyota the world top three car company it is today, and has resulted in the ‘Lean’ concept, replicated worldwide.

A socio-technical system is an approach to complex organisational design that recognises the interaction between people and technology in workplaces.

Sometimes referred to as the Toyota Way, the TPS’ main objectives are to design out overburden and inconsistency and to eliminate waste. Waste not only refers to materials, but time, such as consumer time waiting for product or assistance and even waste of movement. The philosophy also relies on the process being as flexible as possible to reduce stress, which counts as overburden and generates waste.