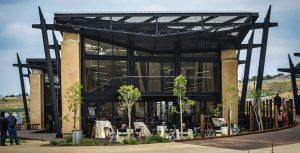 Smart City Ekurhuleni: How South Africa is becoming a region of technological change

Ekurhuleni is a capital municipality in South Africa and a large suburban region east of Johannesburg. The municipality was established in 2000, replacing a number of administrative bodies. The name Ekurhuleni means “place of peace”, as cities in the east of the region used to be a scene of brutal violence by multi-pole political forces. Its interesting that Ekurhuleni is, in addition to everything smart city, which provides digital services to the residents of the region.

Smart city tools in Ekurhuleni are supported by the Siyakhokha application. This is an online system of the city Ekurhuleni, created to interact faster and easier with the city. Siyakhokha offers residents, businesses, government and the city the convenience of online services, while reducing carbon emissions and saving time and money. Thus, citizens avoid queues and interact with the city at their own pace. The application also has built-in secure payment features.

The economy in the Ekurhuleni region is heavier and more diverse than in many small African countries. It accounts for almost a quarter of the region’s economy, which in turn accounts for more than a third of South Africa’s gross domestic product. Many factories for the production of goods and services are located in Ekurhuleni, which is why the city itself is often called the African workshop.

The networks of roads, airports, railways, electricity and telecommunications in Ekurhuleni itself are close to the standards of Europe and the United States. This makes the region an important transport hub of the continent.