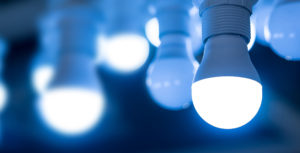 LEAN BUSINESS IS A BUSINESS THAT SAVE YOUR MONEY

Energy efficiency is good for profitability and the planet. What’s more, simple improvements in resource management can produce big benefits.

Of all the commercial factors that might motivate a firm to play its part in the fight against climate change, the chance to improve its efficiency offers the most potential for quick returns. Organisations that have reduced their energy consumption in an effort to cut their carbon emissions have racked up massive cost savings. Last year alone, 190 of the Fortune 500 saved a combined total of $3.7bn purely by increasing their energy efficiency, according to research published by Calvert Investments, the World Wide Fund for Nature, the Coalition for Environmentally Responsible Economies and the Carbon Disclosure Project (CDP).

Advances in architectural engineering have played a key role in many of these savings. PwC, for instance, has invested in two offices in London that have been recognised as being among the UK’s most innovative in environmental terms. Both sites burn biodiesel made using recycled cooking oil from restaurants within the M25 to provide power, heating and cooling. This has cut carbon emissions by 51 per cent at one of the buildings. Such developments, along with reductions in both waste production and water and paper consumption, have saved the firm £25m since 2007.

But you don’t need to invest in state-of-the-art tech to make a significant difference, according to Mike Barry, director of sustainable business at Marks and Spencer. “It’s not always about the rocket-science stuff. In many of our stores it’s been about putting low-energy LED lighting in place or improving refrigeration management,” he says. “Another important step has been to install meters that provide real-time readings. This enables us to monitor any spikes in usage and investigate what has caused them immediately, rather than three months later. These are not radical ideas.”

They are clearly working: since publishing its original “Plan A” sustainability strategy in 2007, the retailer has saved more than £750m in costs.

Insurance giant Aviva published its first environmental report as long ago as 1998, having recognised climate change as a “material risk” to the business. In 2016 it celebrated 10 years as a carbon-neutral organisation. To better understand its impact on the environment, benchmark its performance and manage risk, the company participates in initiatives such as the CDP and ClimateWise. It is also strengthening its engagement with customers and other stakeholders by keeping them informed about investment issues concerning climate change.

Although it has been mandatory since 2013 for all quoted companies in the UK to measure and report their greenhouse gas emissions, the Carbon Trust believes that every business would benefit from adopting the practice. Carbon reporting, it argues, will help your organisation to understand its emissions and so identify opportunities to cut costs, manage long-term risks and improve its reputation.

Barry agrees that there are clear potential benefits for firms that publicly commit to becoming more sustainable and then report regularly on their progress. But he stresses that this is “not enough on
its own. You also have to demonstrate the business case, making the link between taking action on carbon and achieving better outcomes for your bottom line, resilience and reputation.”