Digital currency. Why central banks are in a hurry to introduce analogues of cryptocurrency 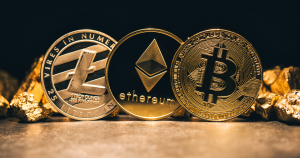 CBCD is another abbreviation of the modern world that is worth learning.

Looking at the surge in the popularity of cryptocurrency in the world and realizing that bans alone can not stop it, even despite the obvious connection with illegal transactions, central banks and governments around the world began to develop their own analogs of digital currencies.

CBCD, or central bank digital currency — digital currencies of central banks, which are introduced as alternatives to cryptocurrencies. The CBCD is essentially digital cash, the International Monetary Fund explains, but not as anonymous as a crypt so as not to become the “official currency” of the criminal world.

According to the authoritative American think tank Atlantic Council:

Ukraine was one of the first in the world, back in 2016, to seriously consider the introduction of a digital currency. In 2018, the National Bank implemented a closed pilot project, issuing e-hryvnia based on blockchain technology for retail payments. The electronic hryvnia was tested by the bank’s employees and the pilot companies.

This year, the Verkhovna Rada adopted the Law on Payment Services, which gives the green light for the issuance of digital money by the National Bank of Ukraine.

“At one time, the National Bank of Ukraine was one of the first central banks in the world to explore such a possibility. We already have practical experience in implementing a pilot project to issue e-hryvnia in 2018. Now we are focused on finding an effective way to use it,” explains Kyrylo Shevchenko, the head of the National Bank.

According to financial market participants, the most promising area of ​​e-hryvnia use will be retail non-cash payments. These are primarily P2P transfers between individuals and payments on the Internet.

The National Bank also sees prospects in the use of e-hryvnia for targeted social payments, for operations in the field of virtual assets, as well as for cross-border payments.

At the same time, on September 8, 2021, the Verkhovna Rada adopted the bill “On Virtual Assets”, which establishes a mechanism for the legal regulation of virtual assets and, in fact, legalizes the market of independent cryptocurrencies. Ukrainian blockchain companies will be able to legalize their business processes and officially work with the banking system of Ukraine.

However, as is always the case with breakthrough technologies, there is a flip side to the coin. Although central bank digital currencies address the shortcomings of cryptocurrencies such as lack of control, criminal use, and excessive energy consumption, they potentially pose other threats.

"Digital currencies of central banks, the NBU notes, can completely change the landscape of the banking system."

If the digital currency becomes widely popular, the role of the central banks that issue and control it will increase dramatically. The remaining banks, meanwhile, will lose their positions in the financial system. In addition, the NBU notes, any technology, even blockchain, is not insured against failures — only the lack of Internet access can cause problems.

The initiators of the introduction of digital currency in the EU have found a solution to at least one of these problems. In order to avoid the transfer of all European funds from ordinary bank accounts to digital ones, Fabio Panetta, one of the members of the Executive Board of the European Central Bank, proposed to set a limit on the digital euro:

"We can set certain limits on the digital euro. For example, 3,000 euros. That's a lot more than most people need today."

But the next high-profile introduction of digital currency is to be expected at the Beijing Winter Olympics. As early as February 2022, the world is likely to test the digital Chinese yuan. Tens of thousands of athletes and fans who come to the Chinese capital will be the first testers of the digital yuan.

Martin Chorzempa, a researcher at the Peterson Institute for International Economics, told the Financial Times that the launch of the digital yuan could be the first step toward its “internationalization.” Beijing will be happy when the digital yuan begins to be used where the dollar is in circulation today, he added.

Member of the Board of Directors of the US Federal Reserve Lael Brainard said that the introduction of the digital yuan once again proves that the United States needs to work on its own digital dollar.

"The dollar is very dominant in international payments, and if other major jurisdictions in the world use digital currency and the United States does not, I just can't turn a blind eye to it."

To introduce the digital dollar, the Federal Reserve turned to scientists at the Massachusetts Institute of Technology. They are developing a platform for US digital currency from scratch. The project is called “Project Hamilton”.