DESPITE THE THREATS: HOW ISRAEL, SOUTH KOREA AND TAIWAN BECAME SUCCESSFUL 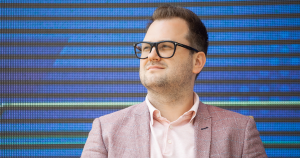 These states did not have huge or rare mineral deposits. None was lucky enough to have a unique geographical location. They did not have the advantage of a huge domestic market or a large population. Instead, they have been and are constantly under threat of invasion; living in the conditions of extreme geopolitical tension. Everything they have achieved was created by people, not by nature or chance, wrote Nicholas Tymoshchuk, CEO of UFuture holding company, in an op-ed for Новое Время.

Unrecognized island state, which is only 1/20 of Ukraine’s area. Taiwan lives with a constant threat of invasion from China. Many experts are convinced that such a scenario is inevitable. But this did not stop Taiwan in the 1970s from starting dynamic industrialization and development of high-tech industries. The country’s GDP grew from $78 billion in 1986 to $670 billion in 2020. At the same time, Taiwan has managed to attract between $2 and $10 billion in foreign investment annually over the past decades.

"Of course, all of these countries face numerous challenges and problems, including a threatening and uncertain future. And all of them are unique, with their history and characteristics. But they have something in common. None of these states have huge or rare mineral deposits. None was lucky enough to have a beneficial geographical location. They do not have the advantage of a huge domestic market or population, as China, India, Brazil or Nigeria. Everything that these countries have achieved was created by people, not by nature or chance. Their miracles are in fact man-made, made despite everything," wrote Nicholas Tymoshchuk.

More from the stories of success of Israel, Taiwan and South Korea read at the link.