“Crisis is a new norm in which a specific way of thinking not only saves business but also makes the world a better place,” Dominique Piotet, CEO UNIT.City 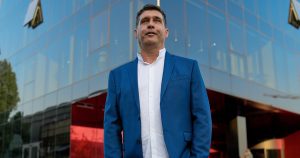 2020 can reliably be called “366 days without travel.” But when some borders are closed, completely different and new ones open. Dominique Piotet, CEO of the innovation park UNIT.City, at the Terrasoft online conference for business and IT leaders ACCELERATE Global, announced his journey through space and time. He spoke about the way of thinking in a new era where there are no rules, but the transformation is the only way to survive in a crisis and a time of insane acceleration of our world.

A journey to the valley

A journey through the time

A journey to leadership

Learn more about travelling to a new reality with Dominique Piotet via the link.