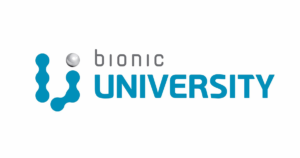 Over its five years, it has become one of the three best projects in Ukraine and launched its own software development

Ukraine’s first business-to-business IT University BIONIC University (BU) is completing its work. The last group will start its education course in December, and in March 2018, there will be the final presentation of the seventh internship, which will close the chapter on the university’s five-year operation.

BU was founded in 2012 as an educational initiative of the BIONIC Hill Innovation Park. For the first year, BU worked in a test mode and had three courses: Tech Skills, Soft Skills, Entrepreneurship.

The University officially opened in 2013. A delegation of representatives of well-known educational institutions, high-tech and consulting companies from the United States and European countries arrived in Kyiv to attend the event.

“BIONIC University has become our first project in IT education and a contribution to the development of the industry. We are proud of the successes of the graduates and continue to cooperate with the university’s partners already within the framework of a larger initiative – IT factory UNIT Factory. This educational institution is part of the growing innovation park UNIT.City, which is our key project to support high-tech industries in Ukraine,” Ukrainian entrepreneur and philanthropist Vasyl Khmelnytsky said

“We are grateful for cooperation and inspiration to all who have been part of the BIONIC family all these years. I am sure that during this time we managed to make a significant contribution to the development of Ukrainian IT education and train really high-quality specialists whom we are proud of,” BIONIC University General Manager Iryna Zaytseva said

In 2015, BU was twice recognized as one of the best projects in the IT education of Ukraine. The University received the IT Education Awards as the best social initiative from the expert committee of the non-profit specialized event on education and innovation, IT Jam Meet & Mix 2015. In addition, according to the results of the open vote of the professional IT community, BU took the second place in the rating of the top 10 IT educational institutions.

In 2016, BU launched its own unit for software development – BU Dev Studio. Participants in the project worked on the development of IT products in the team under the guidance of experienced team leaders. Dutch companies were among the first customers of BU Dev Studio. BU attendees have repeatedly participated in international projects with Rotterdam University of Applied Sciences, the Netherlands.

At that time, a unique format of training under real projects appeared within the framework of the university – the BU Dev Studio internship. Graduates of BIONIC programs could immediately gain five months of experience in software development in a team as part of a greenfield project for a customer from Ukraine or the Netherlands. Many internship participants received job offers from IT companies even before graduation.

BIONIC University (BU) is an educational initiative of Vasyl Khmelnytsky’s K.Fund in partnership with leading Ukrainian and international IT companies, including Infopulse, Cisco, BMS Consulting, Ciklum Consulting, MacPaw, Wikimedia Ukraine. This is the first open business-to-business IT University in Ukraine aimed at training qualified specialists for high-tech industries, taking into account their real needs. More information is available here.