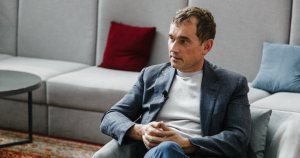 People fall into three categories: 80% do not think about business at all, 17% want to start their own business, study and look for opportunities, and another 3% – entrepreneurs who are already doing business and money. Vasyl Khmelnytsky, the founder of UFuture holding company, told MC.today how to move from the first category to the third, what loans to take, and why not invest in bitcoin.

On the money for a rainy day

80% of people who do not think about business, sit at home and often complain – they’d better save money “for a rainy day”. Different things happen. You may need money if you have any problems, someone gets sick, etc.

20% of people who want to do business or are already doing it, should not save money. It’s pointless. They need to invest in the business.

“I recently met a guy I have known for a long time. He started saving money 22 years ago and placed it in a Swiss bank. In 12 years, $12 million has been raised. Good money indeed. Three months ago, he went to the bank to withdraw them and start a business, and the bankers asked for a declaration for all the times when he replenished the account. It is clear that he has not had declarations for 22 years.”

On the visualization of money

One day on my way to work, I heard on the radio, “If you want a lot of money, imagine them. Lie on the couch, imagine that under the pillow a lot of money. You are uncomfortable lying on them, you can even smell them.”

I think this is nonsense. If you imagine a million, or two, or three, then when you have the opportunity to earn $500 a week, your brain will say, “don’t start this, it’s not the real money.”

About signs and attitude to money

One day my German partners and I had lunch at a restaurant and signed a contract. German people are very responsible, they say: “Vasyl Ivanovych, we identify people by their wallets. There should be a perfect order in the wallet: dollars are separate, euros – separately, pennies – separately.

After we got a bill, I decided to pay it and take a bunch of money out of my pocket. They were mixed up, different currencies. I took the amount, gave it away, left a tip, and left. Sometime later I realized how surprised the Germans were by my attitude to money. Yes, I respect money, but I’m not a fan of them, I don’t bow to them. By the way, later I hired one of those Germans.

I understand that young people really want to make money quickly, want to buy an apartment, a car and look cool. But you can not borrow money for a car, apartment or TV. Moreover, when you did this, the thing became 20-30% cheaper.

I bought my first car and apartment when I was 30 years old. The car was a Honda, and the apartment is in Rusanivka, Kyiv. These are not expensive purchases. But at that time I already had more than $25 million in turnover and $10 million in profit. I spent money only on business and received loans only for business.

Today there is a trend to buy shares of companies and bitcoins. These things are growing very fast. However, be careful. It’s like playing in a casino – in the end, someone will definitely lose. And I wouldn’t want it to be you.

Don’t play in a casino. Theoretically, if you have $100-200 million, you can take $10K and buy bitcoin or Tesla shares. Try your luck. If 20% raised, sell immediately.

Read more about how to treat money and really start making money via the link.